A lifetime of success and service 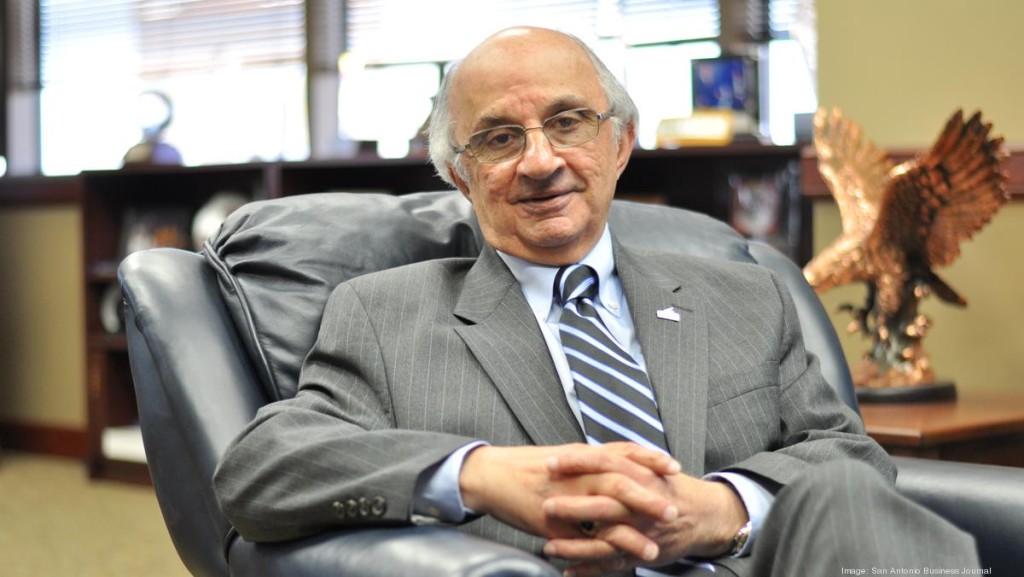 Harvey Najim is the chairman emeritus of Sirius Computer Solutions, Inc., the company he founded in 1980 under the name Star Data Systems. In 1993, Mr. Najim renamed his company Sirius, after the brightest star in the night sky. Since then he has been working not only to make Sirius the nation’s top IBM solution provider, but also to use his success to build a brighter future for less-privileged members of the San Antonio community.

In 2008, Mr. Najim donated a house in the Monte Vista neighborhood of San Antonio, along with restoration funds for a total of $425,000, to Davidson Respite House, an organization that provides safe shelter to special-needs children who have been neglected or abused. The Najim House will provide a home to a foster couple and up to six special-needs children, who can stay at the house indefinitely.

Recognition from the community

On September 20, 2012, Mr. Najim was named the recipient of the 2012 Lonestar Achievement Award, which recognizes the outstanding service of an individual who has impacted the delivery of social services in Texas.

In the December, 2011 issue of its Board Room Briefings newsletter, Junior Achievement South Texas recognized Mr. Najim and his Foundation for continuing to provide generous support to the Capital One/Junior Achievement Finance Park.

On April 5, 2011, Mr. Najim announced the creation of an education task force called “Education Today for Jobs Tomorrow” at a youth summit held in San Antonio.

On March 13, 2011, Mr. Najim was profiled in the Sunday edition of the San Antonio Express-News newspaper.
Read Harvey Najim ‘understands the joy of giving’ on mySA.com

Mr. Najim was inducted into the Texas Business Hall of Fame on November 8, 2010.

Mr. Najim was the subject of an article in St. Mary’s University’s Gold & Blue Magazine. Read the article

Mr. Najim was profiled in the cover story about “Alamo City Advocates” in the November 2010 issue of NSide Business Magazine. Read the article

On March 26, 2009, Mr. Najim was inducted into the San Antonio Business Hall of Fame for “typifying the work ethic, values, sense of community and success that have made our nation great.”

In November, 2008, Mr. Najim donated $1 million to complete the renovation of San Antonio’s historic Drought House, which is being used as part of Providence Catholic School.

On January 14, 2008, the Chronicle of Philanthropy recognized Mr. Najim’s contributions on their “The Philanthropy 50: Americans Who Gave the Most in 2007” list. Mr. Najim debuted on the list at the number 24 spot.

Mr. Najim was also honored with the 2008 Louis H. Zbinden, Jr. Award, which is given to those who have made a significant impact on the San Antonio community.