Why We’re Excited About the New HCL Commerce v9.1 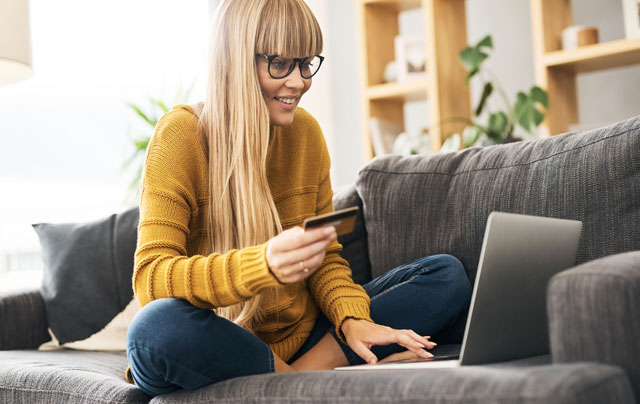 For a large part of my career I have been involved with what is now HCL Commerce (formerly IBM WebSphere Commerce), a powerful customer interaction platform for omni-channel commerce. My first project was a v5.4 to v5.6 migration, and I have been on projects for every version through the current v9 iteration. To say that I have witnessed change in the product would be an understatement.

From the EJB migration scripts on that first project, through Madison’s and Aurora, controllers to SOA/SOI to REST, Struts, SOLR, Flash CMC, and containerization with Docker and Kubernetes, I have devoted blood, sweat, tears, and many sleepless nights to my commerce companion. And then the biggest change of all occurred — ownership of the product switched from IBM to HCL.

I must assume many of you, like myself, have wondered, and maybe even worried, “What’s next? Where is HCL taking Commerce and what will the future hold?” We will soon have an answer, and some of the unknowns I have been feeling are turning into excitement. Version 9.1—the first release under HCL leadership—is coming in June, along with the HCL Commerce Customer Summit.

(NOTE: This blog post was written prior to the summit event. Watch a replay of the HCL Commerce Customer Summit here.)

Here are some of the key features in the release I’m eager to use:

HCL is probably prouder of other improvements and I doubt this would be first on their list, but anyone who has experience with HCL Commerce should appreciate that after years of hearing about the imminent death of the tools framework, Accelerator and Org Admin functionality is moving into the CMC management console. Some functionality will still exist in the tools framework and not everything will be ported until a later release, but there are enough features moving to put a smile on my face. The groundwork for this move has been set since v9.0 with the Administrative REST API; which will reach level 3 maturity in v9.1, and the Spring-based CMC interface.

Speaking of the interface, v9.1 has a new reference storefront available. Actually, two storefronts—“Emerald” and “Sapphire” are included in v9.1 to support either a B2B or B2C model. The stores are Single Page Application (SPA) written in React with downloadable PWA support. I’m looking forward to deploying these stores and seeing them in action. The initial stores will contain browse, checkout, registration and authentication flows, and HCL is committed to releasing enhanced storefronts with even more features such as product compare, store locator, and BOPIS to name just a few, in July and August.

To take full advantage of the benefits a SPA storefront offers, CMS and DAM are necessities. To address this need, HCL is including a limited license to HCL Digital Experience (DX) with HCL Commerce. The license limitation does not restrict product features in HCL DX but does limit publishing content into an HCL Commerce storefront only. I can’t wait to get some hands-on experience with DX to see how it integrates with the new storefronts so I can express an informed opinion.

Another exciting change to HCL Commerce is the introduction of ElasticSearch as the new search engine replacing SOLR. Both ElasticSearch and SOLR are powerful search engines built on Lucene, and SOLR has been a tried and true component of HCL Commerce for a long time, but I believe ElasticSearch offers benefits over SOLR and was the right decision. ElasticSearch offers easier operation and management, reducing DevOps involvement. It includes strong analytic and machine-learning capability providing automatic boosting and burying, and better supports deep nesting and aggregation. HCL has also bundled OpenNLP with ElasticSearch making it easier to adopt chatbots and voice assistants requiring natural language processing. Understanding that many customers have deep customizations in SOLR, HCL is providing multiple search migration paths available with search as a black box. Search is a Docker image exposed through a REST API, and the API remains the same no matter which search platform you choose. In theory you could continue using SOLR until your ElasticSearch implementation is ready and then swap out the search container in the deployments.

Finally, HCL Commerce is continuing the move to a cloud-friendly platform. Docker containers introduced in v9 persist, and the transaction server continues to be more compartmentalized and broken into smaller functional units, making the path to microservices more realistic. HCL recently announced an expansion of their strategic partnership with Google Cloud, and a member of the Google Cloud team will be a featured speaker at the v9.1 virtual summit later this month. The Google Cloud announcement sounds like a HUGE plus for HCL Commerce and I’m really interested in hearing more about the Google Cloud opportunities at the virtual summit. Even with the Google Cloud announcement, HCL continues the cloud-agnostic path by pursuing certification on the cloud platforms of multiple vendors.

Interested in more information to determine if HCL Commerce v9.1 can meet the digital demands in your organization? We have the breadth, depth, knowledge and experience to turn your digital dreams into reality. Contact us to speak to one of our consultants about this important development in the world of commerce.

About the Author: Richard Shonk

Richard Shonk is a Digital Managing Consultant at Sirius.