What’s Next for Containerization? 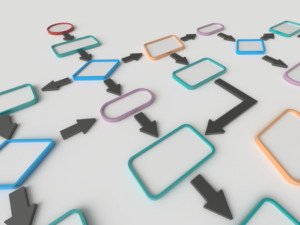 If you’re not familiar with containerization or why it’s going to change your world, here is a quick primer:

What are containers?
According to Dockers definition, a container image is a lightweight, stand-alone, executable package of a piece of software that includes everything needed to run it: code, runtime, system tools, system libraries, and settings. Available for both Linux- and Windows-based apps, containerized software will always run the same, regardless of the environment.

What do containers do?
Containers isolate software from its surroundings much like a traditional virtual machine (VM). But unlike traditional VMs, containers are very lightweight as each container only contains the resources needed to perform its function and does not require a full host OS for each instance. This effectively allows organizations to increase the capacity of their existing infrastructure without additional hardware investment.
In addition, because of their self-contained nature, containers are portable across platforms, environments, and operating systems. This decreases operational friction between teams, enables distributed deployments, and enhances organizational flexibility and agility.

How does this affect the apps your team wrote 10 to 15 years ago in Visual Studio 2010?

We typically think of the modern container-based ecosystem in terms of stateless microservices, not monolithic apps. But in fact, all the benefits of containerization (density, portability, simplification, platform independence, ease of deployment, etc.) can also benefit your legacy application environment.

Microsoft has recognized this as well, and with their .NET Core 1.0 framework, Microsoft rolled out full support for the containerization of .NET applications on any Posix host (typically one of the Linux variants). It’s also important to note that you’re not limited to deploying your newly containerized apps to Linux hosts in your data center; you can also deploy those same containerized apps to cloud providers like Amazon AWS with their Elastic Container Service, or even Google via the Google Container engine. Here’s a short demo on Docker .NET containerization.

Things are going to get interesting over the next 24 months, so don’t get left behind! If you would like to learn more about our containerization solutions, visit siriuscom.com/devops, or contact us to speak with a Sirius representative.

About the Author: Robert Libbert

Robert Libbert is an IT Consultant for Sirius and holds a certification in Docker CSE.