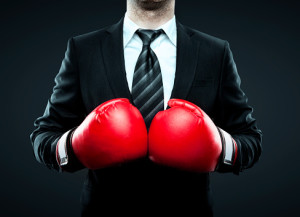 We all know what a bottleneck is. Perhaps the most common image of a bottleneck that all of us have experienced is a glass bottle of ketchup: No matter how hard we shake it, the thick ketchup gets stuck in the narrow neck of the bottle, and then very slowly – and eventually – it comes out of the bottle. This classic ketchup bottleneck bothered diners for generations until the problem was solved by the advent of wide-mouth bottles. So what in the world does ketchup have to do with information technology?

In the enterprise data center, legacy architectures result in bottlenecks that slow the flow of data to users and customers. Instead of waiting for data, users require faster insights and real-time decision-making. Just as the ketchup bottleneck was solved by a wide-mouth bottle, so too are data flow problems fixed by a wider pipe. And graphics processing unit (GPU) acceleration can provide that bigger pipe.

IBM and NVIDIA have teamed up to solve a classic high-performance computing (HPC) problem. To analyze data as quickly as possible, HPC servers use a GPU. According to NVIDIA, GPU-accelerated computing works together with a central processing unit (CPU) to accelerate deep learning, analytics and engineering applications. Yet a challenge for HPC servers has been that GPUs need to wait for the CPU to feed it data. The new IBM Power Systems S822LC for HPC uses NVIDIA Tesla P100 GPU accelerators, and its POWER8 NVLink CPU to GPU data pipe delivers 2.8X more bandwidth, and allows data to flow 5X faster than x86 servers.

The new IBM Power Systems servers for HPC can have up to four NVIDIA Tesla P100 GPUs that can be used to accelerate your data center. How does this work? Rather than using many low-performing “weak nodes” that only use the CPU, fewer “strong nodes” with GPU accelerators can be used. The strong nodes with GPUs are high-performance nodes, and when intermixed with the weaker nodes, can accomplish more throughput and more work while using fewer nodes, reducing rack space, and still staying within your data center budget. Using POWER8 NVLink, GPUs can be fed data without waiting on the CPU, and the bottleneck problem is eliminated. Ketchup, anyone? Learn all about using POWER8 HPC severs with NVIDIA here.

Sirius and IBM are working together to help organizations accelerate their business and provide a competitive edge, so they can innovate like never before. Connect with a Sirius representative today to get started.

About the Author: Niel Balsino