Is “Flash & Trash” Ready for the Garbage Can? 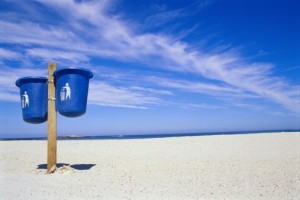 I once was an advocate of the storage industry’s so-called Flash & Trash design approach. I enjoy saying this to clients and watching their reactions.

Flash & Trash is the combination of Flash, NAND-based storage, and the big, dumb animal version of the traditional magnetic disk (7200 RPM or slower, but high-capacity NL-SAS/SATA).

On the surface, Flash & Trash seems somewhat viable. For performance workloads (IE: highly random, typical I/O patterns mostly for reads, small- or medium-sized block with low latency requirements), Flash has changed the world! And yet, when 100 GB SSD was introduced for a gazillion dollars, it didn’t seem like it would be a viable solution. The NAND fabs went to work and toiled away to give us 200 GB. Then, we got MLC and 400 GB, and 800 GB began shipping. Last year, triple-level-cell (TLC) Flash emerged (at least packaged and ready to ship), and we got 3.8 TB — some vendors are still testing these hoping to add them very soon. Now, we are hearing the ~16 TB SSD that Samsung introduced last year will likely be available at the end of 2016 (learn more) — that’s an impressive 16 TB of flash in one SSD.

So what about the trash side of the equation? Today, the largest NL-SAS or SATA-based drive you can readily get is the 8 TB. 8 TB of helium-filled HAMR or SMR-based platters spinning at 7200 RPM.  Both WD/HGST and Seagate announced a 10 TB version that will likely ship soon (learn more). These drives fit mostly sequential, write, and higher latency-based workloads (Think backup target or video recording.). I suspect that a larger version of this type of drive will be worked out with 12 TB or 18 TB, but is that enough? And will you really care if you have trash drives going forward? Granted, these drives are better at writes than even Flash, due to Flash having to erase before writing (learn more).

I think there will always be a need for this type of drive, but it flies in the face of what I’ve been holding onto for years: that everything will be Flash and Trash. Instead, everything will be Flash, FLASH, and Trash. My view is based on the coupling of 3D XPoint technology. This new class of nonvolatile memory can help turn immense amounts of data into valuable information, in real time and NVMe — a communications interface/protocol developed specially for SSDs to take advantage of the unique properties of pipeline-rich, random access, memory-based storage. 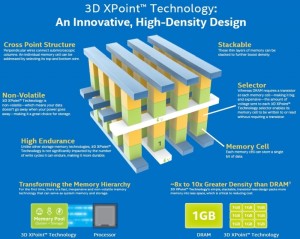 3D XPoint changes the game again in the Flash world. This technology boasts massive speed advantages over current NAND-based storage. Intel showed its flavor of this technology in a preview to developers and used an example of 1000 x the speed and endurance of NAND (learn more). That’s insanely fast and reliable. Yet, it seems like disk manufacturers and solid state providers are creating a new bottleneck. That bottleneck is the 12 GB SAS bus. It won’t be fast enough for something like 3D XPoint. The NVMe connector and bus are the answer. Boasting a much higher throughput than SAS, this bus will likely be the connector of choice for 3D XPoint in the SSD form factor.

So, if you get a 16 TB NAND-based SSD connected to a 12 GB SAS bus this year, and a blazing-fast 3D XPoint-based SSD connected to NVMe, why would you need a trash drive? You still have to back it up. You still have archive and cold data you don’t want in that super-expensive 3D XPoint layer. My trusty crystal ball tells me we will soon see very fast Flash, based on 3D XPoint with NVMe, FLASH based on high capacity NAND technology with SAS or NVMe, and trash based on traditional platters with SAS. Here we go again — three tiers of disk. Time to dust off the auto-tiering mechanisms you just stopped using. Rather than Flash and Trash, all the cool kids will be designing storage systems based on Flash, FLASH, and Trash.

Sirius provides storage solutions to address business and data economic goals, as well as full consulting services. Contact Sirius to speak with one of our storage specialists. You can also learn more by visiting our Sirius Storage Solutions page.