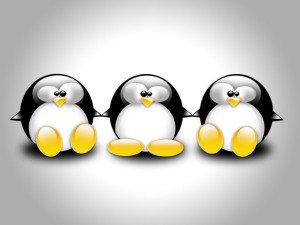 KVM stands for Kernel-Based Virtual Machine, and it has become the popular choice for Linux open source virtualization in the data center.  KVM is a mature technology that enables you to share real compute, memory, and I/O resources through server virtualization. These virtual resources are used by virtual machines, called VMs or guests, running on the KVM virtualized server.  It’s easy to see how KVM became so pervasive.  When customers moved to the cloud, they chose OpenStack for cloud computing, and OpenStack uses KVM for its virtualization.

Now KVM is available for Linux on Power scale-out servers, and it is called PowerKVM.  With PowerKVM, data centers can now standardize their clouds with a single open-source virtualization technology.  PowerKVM takes advantage of the Power8 processor and architecture, and allows you to run multiple instances of Linux, such as Red Hat Enterprise Linux (RHEL), Ubuntu, and SUSE Enterprise Linux Server (SLES), on a single Linux server.

Wait!  I know what you’re thinking:  “This is all starting to sound pretty complicated.  I thought virtualization was supposed to be easy!  And isn’t Kimchi a tasty traditional Korean dish?”   Well the good news here is that while PowerKVM Kimchi may not be tasty, it is an easy to use, graphical user interface for managing virtualization.  Kimchi lets you manage the physical host, see real time performance graphs on system statistics, create a common repository for Linux distribution images, make templates to deploy guests, connect to the guests, allocate network and storage resources, and perform other administration tasks.  Of course, for those who are already familiar with KVM or OpenStack, you don’t have to use Kimchi.

The many benefits and features of PowerKVM include:

If you would like to learn more about using PowerKVM for your Linux workloads, please contact us.

About the Author: Niel Balsino